PhoneGap End of Development Announcement – What Are Your Options Now? 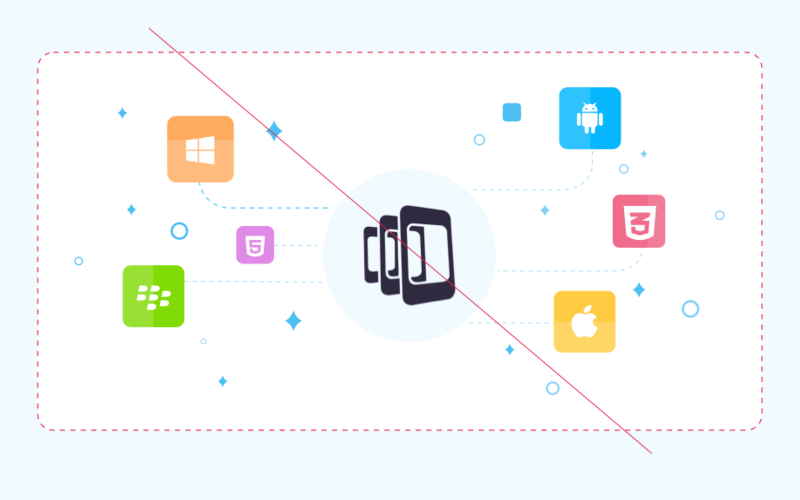 PhoneGap is a framework for hybrid app development that has been around for over a decade. It has been quite widely adopted in the industry and lets developers build applications using JavaScript, CSS, and HTML. Such top-rated products like the Wikipedia app, Paylution app, TripCase app, and the DHS program have been built using this framework. Unfortunately, on August 11, 2020, Adobe announced that they would be discontinuing development on PhoneGap and PhoneGap build after October 1, 2020.

Since 2008, the marketplace has changed, and technology has evolved. PhoneGap was unable to boast the same levels of performance as newer tools, which impacted its popularity. As developers moved further and further away from it, Adobe made the decision to end ongoing development for both PhoneGap and PhoneGap Build.

Transitioning Away from PhoneGap

While Adobe’s support for Apache Cordova will also end in October, an open-source fork of the project will still be available for developers. Mobile app content created on PhoneGap will remain compatible with Apache Cordova providing developers with some short term recourse. However, while PhoneGap itself will remain open-sourced and free, ongoing development will seize. It is essential to understand that this means that over time, as updates to iOS and Android are released, PhoneGap will gradually become incompatible with the latest release of Apache Cordova.

For hosted services and PhoneGap Build, October 1, 2020, will see access to the services shut down. It is critical to migrate all files prior to this date, as stored files will be deleted after September 30, 2020.

Alternatives to PhoneGap to Explore

Developers and businesses looking to make a move away from PhoneGap should start considering alternatives now. Some excellent options include native development, React Native, Flutter, Framework7, NativeScript, Monaca, and Ionic Capacitor. At NIX, our experts believe that the best option is React Native and Flutter. While Ionic Capacitor is a good substitute for PhoneGap, but both React Native and Flutter offer better capabilities and performance.

There are a host of benefits that put React Native ahead of PhoneGap. Perhaps most importantly, React Native is faster. However, speed is not the only advantage it has. Developed by Facebook, React Native is an open-source framework that lets developers build native applications using JavaScript.

As a newer development kit, Flutter, released in 2017 and created by Google, takes into account many technology changes that have occurred since PhoneGap was initially released. Flutter’s philosophy embraces the differences on the platforms. So while the functionality remains the same, the typography and icons might be different. As one of the newer development technologies on the market, Flutter has experienced meteoric popularity. Some key benefits to note for Flutter are as follows:

How NIX Can Help You Transition From PhoneGap

At NIX, we have significant experience in migration apps from one technology to another, including outdated code refactoring, database migration, API integration, native UX design, and reverse engineering. We worked with many clients to move their app from PhoneGap to other technologies even before the announcement. It resulted from PhoneGap’s low performance, security issues, and lack of native design experience.

Every time we face app migration, we prioritize describing the app’s scenarios in detail by our business analysts. So, no features get lost, and new apps work exactly as it used to be in the previous versions or with additional improvements. After the MVP requirements definition for the app, we select a technology for migration. If the app needs to comply with high-security standards, has a user-friendly native interface, and demonstrates stable operation, we recommend migrating to native development or the React Native and Flutter frameworks, depending on the required features and budget.

One of the examples of such migration was cloud-based task managers for daily accomplishments. It was written ten years ago on an outdated Apache Cordova framework. Our engineers migrate the app to React Native. As a result, the client received a user-friendly, cloud-based task assistant with enhanced overall performance and updated functionality and design.

Examples of Projects built on the React Native and Flutter Frameworks

As we mentioned above, React Native and Flutter frameworks are the best option for an app migration, especially if you need to develop applications for iOS and Android platforms, and you have limited time or budget. These are several examples of applications that our engineers have created. Despite these apps being developed from scratch, if they were initially built on PhoneGap or other frameworks and needed to migrate, it didn’t matter to us, and we would achieve the same results.

Cross-platform mobile booking and payment application was created by a small team of 6, which included three developers. With the app, users were able to communicate with providers and schedule and pay for services in a single location.

Another recent Flutter project was the creation of a mobile meeting room reservation system. The total project from start to finish was less than two months, and it provided the client with great flexibility in terms of making bookings. Now, users of the system are able to book not only a room but also reserve specific equipment, and they can do this on either iOS or Android.

We have used ReactNative on a home healthcare project. Our app not only improved Doctors’ ability to track a patient’s medical condition, but it also enhanced treatment options. From a patient’s point of view, it improved the patient’s ability to see their treatment plans and communicate with their medical practitioner.

No matter if you need to migrate existing apps or develop a new one, our team of specialists can help you take a business idea from a simple blue sky thought to a practical application. We understand the best software tools to use; we also understand business and know the strategies to use to help you succeed and thrive. Contact us to find out how we can help you.