Why Use React Native for Mobile App Development 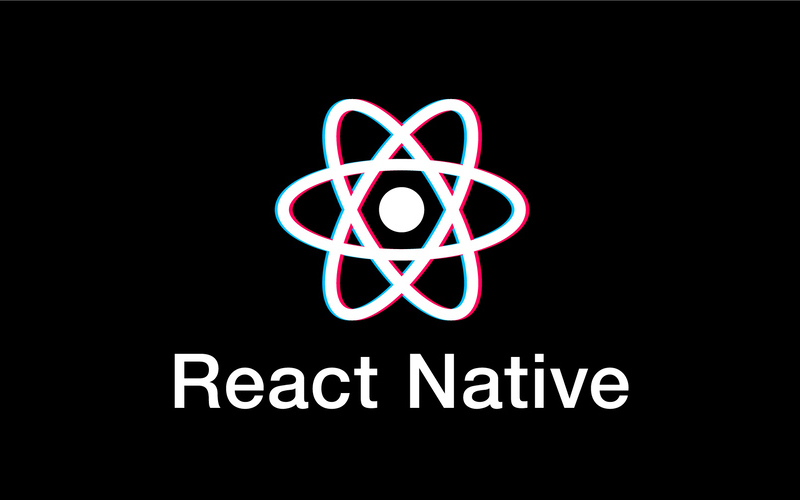 For quite some time now, there has been a very good alternative for native development — and that is cross-platform development. The main advantage is reduced cost and time by using the same code on both platforms.

React Native (RN) application development is a thriving solution today. In this article, we will discuss what are React Native app development benefits, popularity, and perspective, when RN is the right choice for you, and when it’s not a solution for your needs.

Check the table of contents:

What is React Native?

“Most companies developing mobile on the current native stacks must compromise in some way. Either on productivity (develop the same product multiple times with different engineers on different stacks), on quality (make low-quality apps) or on a scope (focus on a single platform). The path towards stopping these compromises is inventing new mobile stacks — like React Native.” says Tal Kol, ex-Head of Mobile Engineering at Wix.com in an interview.

Today many companies prefer to build their apps using React Native as a solution because one can write pretty much all of the code in JavaScript and share it across iOS and Android, and doesn’t need to pay for two separate teams of developers maintaining two different code bases.

Who is Using React Native

Facebook engineers Daniel Witte and Philipp von Weitershausen say in a blog post on the official Facebook Engineering blog, “We were able to ship Facebook’s first fully React Native app on two platforms, with native look and feel, built by the same team of JavaScript engineers. Not all of the engineers were familiar with React when they joined the team, yet they built an iOS app with a native look and feel in just five months. And after an additional three months, we released the Android version of the app.”

After a long time, hundreds of updates, fixes, and additions of functionality released, today, version РН 0.63.4 / November 30, 2020 is the most up-to-date version of React Native.

Due to its popularity and convenience, thousands of apps are using React Native as a solution — be it Facebook, Instagram, Pinterest, Skype, Uber eats, or Bloomberg, there are many brands and top-notch applications that use the React Native framework to gain a competitive advantage in the marketplace.

Below we list the major pros, or top reasons, why to choose React Native for mobile app development.

Using React Native, developers do not need to create separate codes for different platforms (iOS or Android), as Javascript could be used for both. Specifically, the ability to reuse code increases efficiency brings super-quick development results and reduces cost. Also, the mobile app development process considerably speeds up due to the existing open-source libraries, including UI ones.

Moreover, if a company already has a web application on React, some of this code can be reused to create a mobile application.

React Native mobile app development has hot and live reloading functions at its core. This enables developers to work with code changes in real-time and make fixes while the app is loading: the live feature automatically reloads the entire app after changes are made, while hot reloading only reloads a specific area of the change, so it eases the development and testing process.

React Native components map 1:1 with native development ones. This allows developers to draw interfaces faster, increase the agility of the app, and create an authentic, native feel that is impalpable from the native app.

RN is also compliant with native software and can seamlessly integrate with the existing code, which makes it ideal also for adding quick extensions to existing native applications.

React Native is still evolving, so components that would meet some specific business needs may be missing. To overcome this, React Native provides two types of third-party plugins: JavaScript-based and native modules.

For example, if you need to integrate Google Maps into your application, React Native gives you the ability to link any plugin with a native or third-party module.

React Native has the biggest community among all cross-platforms. The greatest benefit of strong community support is the help available to developers. You can get help from community experts or find libraries of relevant information that you can use to develop React Native-based applications, as RN is an open-source platform. There’s Reactiflux chat if you need to get an immediate answer to any question. Also worth mentioning is a large number of tutorials on React Native.

Recently news broke that shocked the entire mobile software development world — Airbnb ended up working on React Native for a variety of reasons but gave the verdict that this platform, despite its numerous pros, still isn’t suitable for their unique needs.

This example only proves that even the most efficient programming tools sometimes fail to cope with certain business cases.

The open-source platform and the ability to create new modules, in addition to its pros, carry flaws in the form of incomplete guidance.

Looking at Stack Overflow, which contains more than 95,000 questions on #react-native, also brings up some thoughts. On the one hand, you might not worry about not having an answer to a question of interest, but on the other hand, you might question the quality of the library. After all, if something works well, would questions arise?

React Native does not support all features for these platforms. Some modules are missing that require custom development. Other features may be incomplete or outdated, so developers need to build them from scratch.

3. Performance is Lower than Native Apps

Importantly to note, JavaScript has notoriously sluggish performance, despite all its advantages.

The main reason for the reduced performance is the bridge between JS and React Native. In 2021 promised to roll out a new bridge update and change the way native code communicates with JS, which will, in turn, give RN a boost in performance. Also, developers may have to implement integrations such as TypeScript and Flow into their existing infrastructure. Through skillful programming, a noticeable amount of optimization can be achieved.

4. Lack of Power for Complex UI

If you need many animations, integrations, and lots of processes in the background in your app — React Native isn’t a good choice here.

In terms of screens with complex gestures, developers may have some difficulty, because the Android and iOS touch subsystems are too different to use a unified API.

The number of libraries and frameworks for JavaScript is steadily growing. Every year there are new “killers” that promise better performance, more usability, and fewer bugs. This process can’t be stopped, it just remains to be monitored so that you don’t end up in a situation where your stack is outdated.

There are many tools available to track trends. It is only important to remember that you need to refer to several of them to have a complete picture. Let’s look at the current state of the market.

As you can see above, the 2020 statistics make it pretty clear that React Native is a rising solution and the market leader of cross-platform mobile development.

Also, this npm trends chart shows that the number of requests for React Native is about 400.000, which is highly more than Flutter.

But according to the percent of Stack Overflow questions, Flutter is ahead. Find out more on which is better, React vs Flutter, based on NIX experts’ opinion.

An example that illustrates the implementation of React Native, is a mobile application for quest players.

The app had to have two main features:

To get a maximum number of users, and at the same client’s resources like time and money, the NIX team offered to develop cross-platform applications using React Native to cover both iOS and Android platforms.

During the project, our developers faced several challenges specific to cross-platform development, but overcoming all of them, the NIX team delivers all the client’s requirements. Moreover, we offered additional activities and interactions with the app that help to enhance the original idea, based on the client’s goal — engaging people in the quest’s culture.

Conclusion on React Native — When to Choose

React Native delivers a lot of unique benefits; however, there is no one-size-fits-all solution, and your choice of technology stack largely depends on your business idea, whether you are a start-up or a prosperous business guru.

React Native is a good choice for:

But React Native might be not a solution for the following:

We hope you have fewer questions after reading this material, but if there are any left, contact NIX experts to clarify them.