Uses of Virtual and Augmented Reality by Industrial Companies 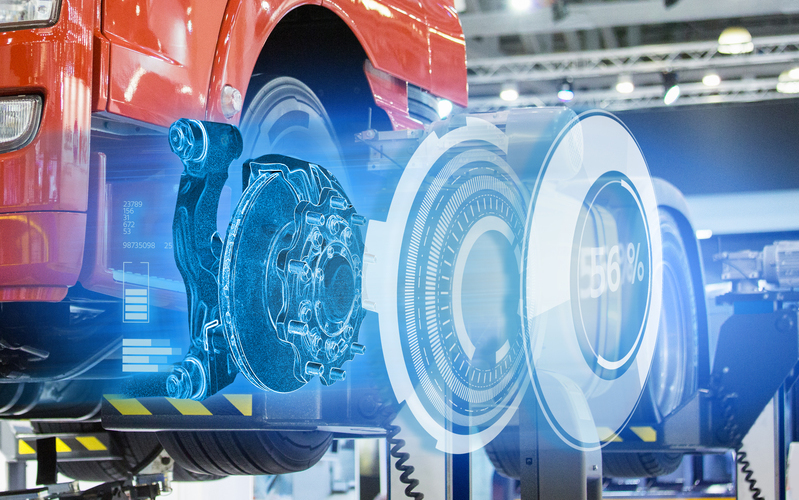 Increasing efficiency, safety, and productivity, saving time, and reducing error-rate—these are the main benefits that implementing Virtual Reality and Augmented Reality (VR and AR) technologies afforded large industrial enterprises. Experts of the research institute Capgemini received such results in their work dedicated to the applications of VR and AR in the industrial sectors. They interviewed more than seven hundred representatives of companies from various industries, including giants such as Boeing, Siemens, and Volkswagen.

The results are impressive—75% of organizations with large-scale VR and AR implementations realized over 10% operational benefits. Given the companies’ sizes, if we convert this 10% to US dollars, it would be millions—in some cases, even tens or hundreds of millions.

Also, experts of the research company Statista expect a dramatic rise in the size of VR and AR markets in 2020. Their forecast is $18.8 billion, which is almost double the amount in 2019. Some independent experts even claim that in 2025 the market size of immersive technologies will reach an unbelievable $500+ billion. 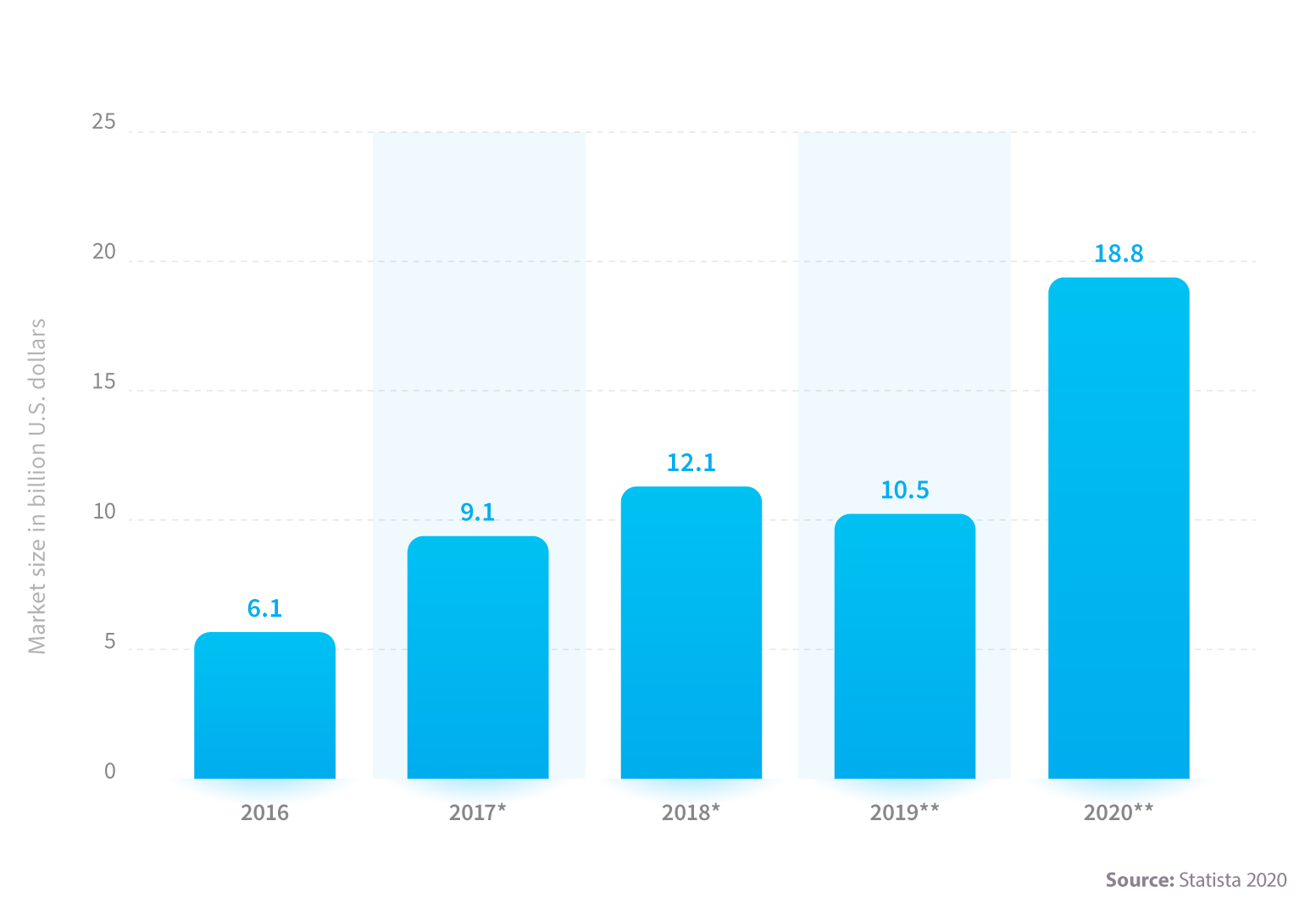 Before considering areas and technological processes in which the implementation of VR and AR initiatives brings the most benefits, let’s define what VR and AR applications are, and the main differences between them.

Virtual Reality (VR) is a digital environment generated with a machine. You first immerse yourself in this environment by using a head-mounted device (HMD). Wearing this VR Headset, you are separated from physical reality. All hearing and vision you experience is synthetic and comes from a virtual environment. Using special manipulators, you gain the potential of intuitive and multifunctional interaction with virtual elements.

Augmented Reality (AR), on the other hand, only enhances or “augments” the real-world experience, overlaying information in the form of text, graphics, audio, and other virtual extensions onto the physical environment. Smartphones, tablets, and smart glasses usually serve as AR devices. Hence the main difference between this technology is that AR seeks to improve the interaction of users with the environment, not to separate them from it, as is the case with VR.

The Applications of Virtual and Augmented Realities in Business

Both technologies found applications in automotive, manufacturing, construction, aircraft, healthcare, extractive industry, law enforcement, education, and real estate industries. It’s far from the end of the list of areas in which AR and VR are already utilized as useful tools—not just proofs of concept—making tangible contributions in business development.

In the article, we consider AR and VR applications in terms of their use in industrial companies. Let’s emphasize primary areas where they can show their forte and become efficient solutions in:

Now, let’s see how virtual reality is applied in practice, based on real examples.

Demo videos of VR solutions developed by NIX engineers that have practical application in different industries: 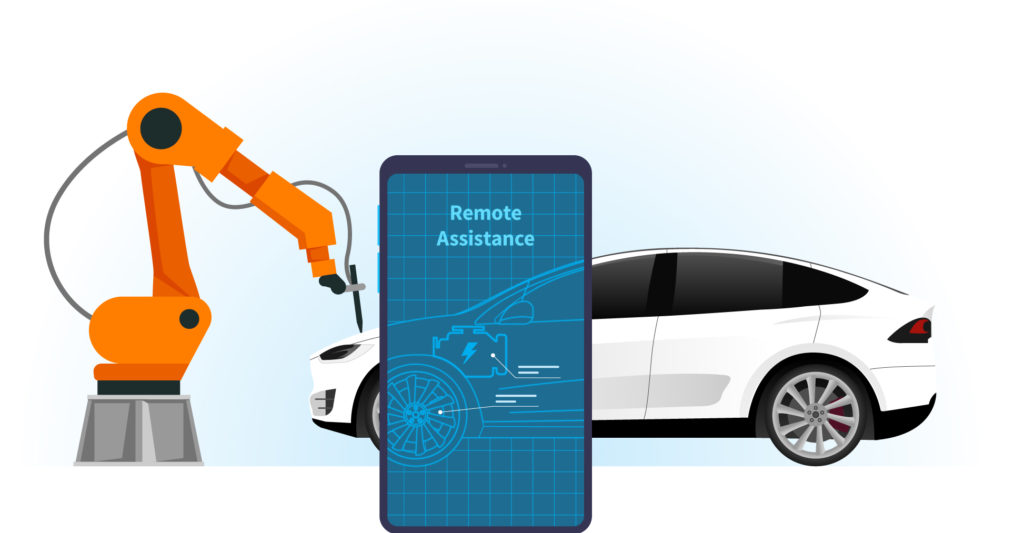 Сar manufacturing is among the industries that found the most significant number of applications for VR and AR. The world’s giants of automotive manufacturers—such as BMW, Volkswagen, Jaguar, and Land Rover—have implemented immersive technologies in their design departments’ work processes. From the shapes of handles and steering wheels to the aerodynamics and crash performance, engineers use VR and AR technologies. Such approaches allowed producers to significantly decrease expenditure and saved time in creating physical prototypes and achieving better results in the design and quality of their products.

However, the design is not the only way car manufacturers use VR and AR. For example, Ford uses technology, simulating human motions, to find out possible risks in the workplace to employees’ health and prevent injuries. In turn, Porsche reduced service resolution times by up to 40% by equipping technicians with AR glasses. Using this device, specialists can efficiently check schemes and drawings and get help from remote experts during the fixing process.

This bullet train cab is an immersive training VR application, developed by NIX engineers. Go here for more details about this project.

The most common use of virtual reality in the transportation sector is in the education and training of employees. Now, future pilots and drivers can gain first experience training through VR. When it’s time to control physical analogs, they will have the expertise and feel confident because they repeated these operations thousands of times before in VR environments. Also, simulations allow pilots to study and work out a course of action in case of emergencies. This approach enhances training efficiency and helps to decrease levels of stress. As a result, the chance of accidents caused by human error dramatically reduces, as well as time spent on learning programs.

Driving skills have become essential, given how many people use cars every day. Experts assume that the world vehicle fleet will exceed 2 billion—including private and commercial vehicles—in 2035. VR applications, simulating the driving process in heavy urban traffic, prepare people for real roads, providing base knowledge and experiences for safe driving. NIX engineers also have personal accomplishments—a VR car simulator that offers an immersive experience of the driving process.

Natural resource extraction companies make extensive use of VR technologies. One of these applications is in training programs. For example, specialists in oil & gas production enhance their skills with complex drilling equipment, simulating different situations. This decreases the risk of equipment malfunction caused by misuse. Mining companies from Svendborg, Denmark, and the USA widely use this technology.

The second application is generating a digital model of mining sites based on seismic data. Instead of analyzing endless charts and tables, engineers can use 3D models that demonstrate all specific aspects of subsurface structures. It helps to assess the prospects of mining in general, increase extraction speed, and decrease the chance of emergencies.

Immersive technologies are leveraged in not only the extraction stage. Processing plants use VR applications to simulate the refining processes. This helps specialists develop and test new modules of petrochemical systems in a digital environment, replaying thousands of possible scenarios.

Demo render of a VR application for technicians’ training, custom-made by NIX engineers for our client.

Increasing productivity by 40% and reducing wiring production time by 25%— Boeing achieved such impressive results by equipping their technicians with hands-free AR devices. It’s an illustrative example of how immersive technologies enhance the performance of the assembling process.

Furthermore, applications of virtual reality in this industry are similar in many ways to the automotive industry. Designers and engineers use VR applications to create virtual performances of elements of the plane body, develop engine structures, and other details.

Based on Capgemini’s research results, we can conclude that VR and AR technologies have already gained widespread popularity in large industrial companies. Despite this, pioneers of VR/AR initiatives have a range of challenges. These include technological integration, data readiness, the inability to identify use cases, talent, and general awareness. However, this won’t stop VR and AR integration, as its advantages and benefits are worth the effort, and the results completely live up to the expectations.