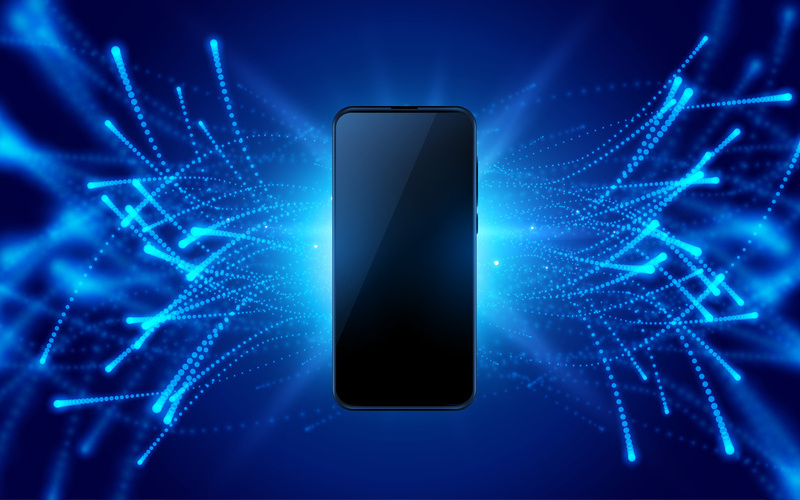 Are there ways to detect a person’s character, social status, and place of residence based on their choice of phone brand? Yes indeed, Android vs iPhone users do have different profiles.

Various factors can influence the choice of OS and mobile brands. For certain users, it’s crucial that gadgets offer sophisticated software. The top spots, according to them, are taken up by available functionality, interface usability, and a wide choice of high-quality applications. Others are more concerned with hardware features such as display size, powerful processor, ability to add extra memory, large battery capacity, dual SIM, and camera capabilities. However, some customers simply emotionally bonded to the brand. The way this brand positions itself influences customers’ self-value and emotional benefit, which is more important than processor features.

Let’s dive deeper into the topic and detect Android vs iPhone users’ differences.

There are two major dominating mobile platforms in the world in 2021: iOS and Android.

iOS is an operating system created by Apple and exclusively for Apple devices such as the iPhone, iPad, iPod, and Apple TV. It is well known for its closed system and easy integration between all the devices. Also, Apple tech is notorious for being expensive, as the cheapest phone model costs no less than $399.

The latest figures show that iOS has a worldwide market share of about 26%.

Android was developed by the Google developers team, and it is based on the Linux operating system. From Linux, Android inherited open-source code. That’s why the developers’ community is very enthusiastic about the platform and they create a variety of system shells. Android has a big audience and more chances for businesses to reach more consumers. As for devices, there are about 1300 tech brands that have created more than 20000 types of devices that work with Android. Among them are large companies like Samsung, Xiaomi, Sony, and Huawei. All of them produce a wide variety of mobile devices, from affordable ones starting at just $50 to luxury models.

Since 2013, Android has had a leading share of the worldwide operating systems pie and nowadays, it has reached 76%.

Almost 2/3 of the population uses Android, so it is obvious that Android is definitely the leader in terms of market share.

There are also Android vs iPhone demographic characteristics that may influence the choice.

As for the North American continent, the situation here differs from the situation elsewhere in the world. The share of mobile iOS systems prevailed over Android and reached over 53% in June 2021.

While the iOS system is translated into 40 languages, the Android system is available in more than 100 languages, which displays the wider world distribution of the second system.

As for other demographic characteristics, there is no fundamental difference between them. iPhone vs Android statistics shows less than a 2% advantage for iOS among the male audience.

As for the age bracket, the percentage of Android vs iPhone is slightly different, iOS has a little more users among the 65+ audience. That may be caused by several factors, such as more comprehensive interface design, spare budget for elderly people, and the accessibility of an Authorized Apple Store nearby in case they need some support.

If your business’s target audience is developed countries, such as North America, Japan, or Europe, iOS is a better platform for achieving your business goals. It is worthwhile to choose Android if the goal is to reach a global audience.

There is plenty of research that compares the personalities of iOS vs Android users. Most of them boil down to the issue of socioeconomic status.

The average salary of iPhone users in the U.S. is $53,251, while Android users’ average salary is $37,040. Moreover, while Android users download twice as many applications as iPhones, they spend half of the iOS users’ budget on paid apps and in-app purchases. Android and iOS app revenue reached $111 billion revenue in 2020, while iOS has 65% of total app revenue in 2020.

Moreover, 71% of total revenue belongs to games and entertaining apps. Thus, PUBG Mobil and TikTok were the most profitable apps in 2020.

Mobile advertising is a better way to monetize an Android app as it covers a larger audience, while for iOS it is paid subscriptions and downloads.

User’s salary is an important Android vs iPhone selection factor

Push notifications are a powerful tool for the brand’s engagement, retention, and monetization. There is quite a substantial difference in the reaction to push notifications between iOS vs Android users.

It is informative that only 44 of 100 iOS users opt-in to receive notifications, while 91 of 100 Android users choose to engage with notifications. Why is there such a huge Android vs Apple users’ notification behavior difference? Unlike iOS, Android push notifications do not disappear when the user unlocks the phone. That makes the chance for engagement with the notification much higher. Nevertheless, Android notifications take 7 times longer to open by a user, because of the larger number of such notifications.

If you require your mobile application to interact frequently with your customers via notifications, you can undoubtedly consider Android for your mobile app development.

Loyalty to the Platform

The Consumer Intelligence Research Partnership showed that the loyalty of Android customers to a particular brand is 5% higher than iOS customers and reaches 91%. Notice that Android users in this survey are usually attached to a particular brand, such as Huawei, Samsung, Xiaomi, and others, instead of Android. It may be just an emotional attachment to the brand without taking into account its functions and capabilities.

As for Apple, the loyalty to the brand is due to the ecosystem it builds across all its devices. The iPhone, iPad, Apple Watch, and MacBook are all united by an Apple ID account and are integrated with iCloud, iMessage, FaceTime, and other in-house services. It allows to instantly transfer data from one device to another, saving users plenty of time. As for Android devices, the only way to keep all files in one account is to use a Google Chrome Account, though automatically synchronized Apple devices are much more impressive. It corresponds to features such as Handoff, Universal Clipboard, Continuity Camera, and Apple Pay. Such synchronization is missing when using different Android, Windows, or Linux devices.

Onwards and upwards, the more effort and money users put into Apple, the less likely they will switch to another brand. For example, the new version of the iPhone involves the use of magnet accessories that are compatible only with the latest models.

Who is More Engaged: iOS vs Android Users?

In-app messages on iOS have an average open rate of 9.93%, compared to Android’s 7.26%. Despite this, iOS and Android in-app message engagement hover within 1-2 sessions of each other: users spend 45.2 sessions on average within seven days following in-app receipt on iOS and 43.5 sessions on Android. Strategists for iOS should focus on the Apple experience – users prefer to communicate within the app rather than be interrupted outside it.

In terms of app engagement, Android vs Apple users’ comparison demonstrates that it is just as capable of delighting end-users as its counterpart. The in-app experience on iOS, on the other hand, is arguably superior. Only time will tell how the market evolves in the future, but Android appears to be regaining momentum.

Which One is Better for Mobile Development?

When users possess several Apple products, from desktops and laptops to watches and wireless earbuds, they can enjoy the whole user-friendliness of the iOS ecosystem and excellent connections between all their devices. So, for instance, users can unlock MacBook at a distance using Apple Watch or take photos on iPhone and simultaneously display them on iMac. Besides, iMessage, Handoff, Airdrop, and Family Sharing are just a few examples of the unique features available for iOS users only.

Customers’ data security is top-notch on Apple’s devices and platforms. The company provides several security layers: from the hardware layer with a Secure Enclave that is a special processor used as a storage for biometric data such as Face ID and Touch ID, Apple Pay data, and Keychain to Apple Sandbox directory for protecting user’s data from unauthorized apps.

As was stated above the App Store revenue had constituted 65% of total revenue in 2020. Android vs iPhone users spending money on apps 2x more than Android users with the average iOS user spends $1.04 per month per app, while Android users spend $0.43. Thus, owners of iOS apps can count more on paid apps and in-app purchases monetization types.

Google Assistant is a wonderful tool. It can handle multiple queries at once, provides personalized results by recognizing a voice profile, and is powered by Google search, making it extremely accurate.

Mobile advertising is one of the main ways app developers make money from their apps. For free apps without in-app purchases, this is especially true. Taking advantage of a large number of Android users worldwide, it is beneficial for app owners to implement Cost-per-mile, Cost-per-click, or Cost-per-view, or other ad campaigns to get revenue from freebies lovers.

3. The Wide Range of Devices

More than 2.8 billion active users choose Android as their OS, encompassing almost all the countries in the world (190 out of 197countries). There are numerous Android vendors, among them tech giants like Samsung with 32% of market share, Xiaomi and Huawei both with 11% of market share. All of them have a wide product line of mobile devices to every taste and budget.

The iPhone has captured the hearts and minds of the United States, Japan, Oceania, and Europe, and it’s only going to get more popular. Most Asian countries prefer Android as it’s cheap and is used by multiple manufacturers, making it an “Apple Inc. against the other manufacturers” type situation.

Despite the fact that Android and Apple apps share many functionalities, the Android vs iOS usage experiences are vastly different. As a result, consumer behavior on both platforms is different. The Android vs iPhone users comparison is meant to shed light on certain OS for assisting business domains with mobile app development. The ideal case scenario is to build apps for both these platforms to capture the majority of the market. However, these factors can help you decide which base to choose. The NIX United team knows how to provide you with the best mobile development solutions on both platforms. Contact us to learn more about Android vs Apple users, the required resources for app development, and which platform to develop first for your particular business needs.