Swift VS Objective-C: Which is Better for Your Next Mobile App?

Objective-C has been known for more than 30 years, at a time when only in 2014 Apple introduced a new, simpler way to create iOS apps — Swift.

If you wonder why to compare Objective-C and Swift, we have two main reasons for that. First, they are both the most “native” for iOS, secondly, Swift is not a direct descendant of Objective-C, they have differences, but iOS mobile app developers use them both simultaneously.

You may be hesitating which one will fit your needs and not ruin your budget? If you want to precisely choose Swift or Objective-C for your iOS app, you’ll have this opportunity by the time you read this article.

So, let’s get right into the details of Swift VS Objective-C without any foreword.

The history of an entirely new open-source language Swift, unlike its counterpart in this article, is short enough. The last updated version of Swift was released on April 29, 2020, and was called 5.2.4. Swift was created by Apple and introduced at the World Developers Conference in 2014. Swift 2.0 was released to the market in 2015 and compatible not only with Apple products but also with Linux.

Unlike its younger competitor, Objective-C has been used by Apple since the 1990s, since then the language has been the first choice for anyone who wanted to create an application for OS X and iOS.

Smalltalk and C were combined to create Objective-C, making it a language with an extensive and complex syntax. Objective-C comes with object-oriented features along with dynamic execution, Apple says.

Comparison Criteria of Objective-C and Swift

As we said above, a comparison of programming technologies/languages is necessary to understand better which technology is best suited for your project. You can make a comparison based on a number of features. In our article, we chose a few basic criteria that directly affect the cost, quality and usability of developing iOS applications.

So the first criterion and major difference — is how easy for a developer to create UI. Since Objective-C is “as old as the world”, any iOS version will be okay for your app. Whereas Swift requires at least iOS 7.

For UI design there exists Apple’s Swift UI that’s built into Xcode 11 and works with iOS 13 and newer versions. You can build your own user interface by writing code or setting up a preview. Simultaneously you can see the changes in both the code and the preview window.

One could say that the two languages play a draw in this metric if there were not a Swift edge, as well as our experts’ opinions that it would only evolve.

Talking about Objective-C VS Swift performance, you should remember that the higher the performance, the better UX, easier refactoring and other factors.

You may have heard that Swift is 2.6 times faster than Objective-C. Swift can outperform Objective-C due to simpler syntax and performing type checking at compile-time. Moreover, Swift supports dynamic libraries, which also help to grow application performance.

Here it is also clear that a young language wins. In addition, we can expect more Swift improvements in the near future, while the old man Objective-C has had no updates for a long time already.

What is useful to understand about the Objective-C security — the presence of null pointers. It is a component of C++ and other C-based languages that can bring about security vulnerabilities. While it may seem useful at first glance because of an opportunity for developers to widen data access, actually it can be a vast source of errors.

Swift was developed to improve code security for iOS products. This means that the language itself prevents typing errors without using pointers. This helps avoid vulnerabilities by quickly finding and fixing bugs. The result is a cleaner code. Since Apple has always been reluctant to improve security – this is also reflected in Swift.

The young language devoid of the shortcomings of the old technology also wins here because developers can easily find bugs and fix them compared to Objective-C.

Developing a successful project is more likely when you have the support, expertise, and knowledge of industry experts because they give you the confidence to do things.

Swift is an open-source language, unlike Objective-C. That means it’s possible to learn how the language works in detail and understand all the pitfalls. Open source also means more people and projects, so more source code for developers.

Speaking about 30 years of Objective-C, the number decreases in relation to the age of the language, because newcomers are increasingly learning Swift.

Swift is clearly winning another round — the more the community the easier to find developers for the project.

The standard 3-d parties frameworks and libraries are usually not sufficient for complex development. Other toolkits are used for comprehensive provisioning — Objective-C or Swift tools vary.

Given Objective-C’s long history, developers can easily find a ton of tools but don’t count on creating new ones for Objective-C development.

It’s extremely easy to find tools provided by third-party companies or Apple or developers for Swift — because it’s new and a big bet. The wider range of tools the more improved development productivity.

As mentioned earlier, Objective-C was the first and only language for iOS development for a very long time. With the advent of Swift, Objective-C has taken the second plane in the world of Apple. Today, the company actively trains future users of Swift and introduces features that make it the leading language for Apple.

Many developers don’t want to switch from Objective-C because it is a mature language and they have already invested a lot of time in learning and developing applications.

On the other hand, Swift is constantly supported by Apple, it’s a young language with a strong community, it’s developing incredibly fast and is no longer limited to the Apple ecosystem.

We can summarize that there is every indication that Swift is becoming an extremely popular programming language.

The complexity of Objective-C code is in the verbose text strings, thus it usually takes for the developer a lot of time and steps to link two pieces of information. Thus breaking the order or using the wrong string lexeme causes the application to crash.

Swift requires less code. Swift uses string interpolation, which eliminates the need to memorize tokens, so developers can insert variables directly into strings, such as a button string or label. This avoids the common cause of crashing that happens in Objective-C. But what is more important – Swift is more concise, and as developers read code 10 times more often than they write it, it is obvious that Swift is easier to perceive visually, so it is faster to work with.

Objective-C uses ARC (a feature for Objective-C and Swift languages that manages memory without programmer effort) supported within the Cocoa API. The issue here is that the approach is available not for some other APIs, such as Core Graphics. This not only affects memory management, but also leads to extensive memory leaks.

Meanwhile, Swift supports ARC not only for Cocoa Touch API’s, but for all API’s that allow memory management optimization similar to Cocoa Touch. “For Core Graphics specifically, developers do not have to manually release CGImageRefs”.

To save developers’ time and to help them care less about memory management, Objective-C is supplemented ARC with object-oriented code paths.

The Popularity of Languages and Apps Examples

Another important factor in Swift VS Objective-C comparison is who and how uses a particular language.

Obviously, iOS applications created before 2014 were most likely written in Objective-C, simply because Swift did not exist. Today, however, it is quite common for companies to consider converting Objective-C to Swift and very rarely the other way around. Moreover, you can often come across programs written in both languages at the same time.

Uber uses both languages for now but such huge companies as Lyft or LinkedIn have completely migrated to young and fast Swift. With years further, it will be harder to find a company that wants to stay with Objective-C.

Being a mobile app development company, NIX specializes in developing an app with both Swift as well as Objective-C.

Vuze Camera has expertise in the photography field. They work extensively with 3D, computer vision, and image processing. Vuze Camera offered the first 3D 360 camera with an associated dual-camera, which shows significant power. Users could capture cool moments using this technology in 360° or VR180 (3D) photos and videos.

The NIX team is excited to have the opportunity to work on such a project. Our team created an app that provided additional features for Vuze Camera. It gave users the ability to view videos in Cardboard or Little Planet mode. Also, there is the ability to create live video clips that can be shared on social networks on Youtube or Facebook. Also, we added a powerful video editor that provided the following cool features:

Find out more success stories of ours

Talking about the Swift and Objective-C popularity, let’s take a look at what Stackoverflow developer Survey 2020 says — Swift is a more loved language than Objective-C, the difference is in more than 30%, that is huge enough.

According to TIOBE Index for April 2021 — Swift is also better than Objective-C, the first is in 15th place, while Objective-C is 23d among 50.

You may have a question about whether Objective-C is popular these days? It’s hard to talk about popularity, but whether it’s relevant is for sure.

Objective-C programming won’t be obsolete anytime soon because it has a large codebase, a number of supported applications, and a third-party framework, the core of which is Objective-C. One of the main factors why Objective-C is in some ways better than Swift is that solutions and libraries tied to that language are unlikely to be completely rewritten with the new language. Thus, we can say with confidence that Swift is not going to replace Objective-C at this stage.

Conclusion: When to Use Swift and Objective-C

Answering the questions of what is better for the iOS app Swift vs Objective- C, take into account the experience of your team and the specifications of the project.

Stick with good old Objective-C if:

Use Swift in the following cases:

In this comparison Objective-C VS Swift, we wanted to give you as much information as possible to choose exactly what you need. However, if you’re still in doubt about the specifics of your next project, contact us and our software consultants will help you make the right decision. 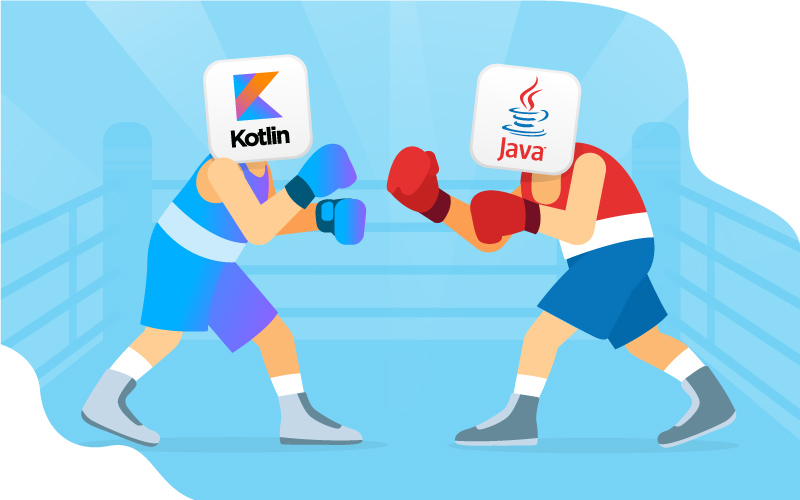 Kotlin vs. Java: Which is the Winner?

If you doubt What is better, Kotlin or Java, read this article: and all questions will vanish. 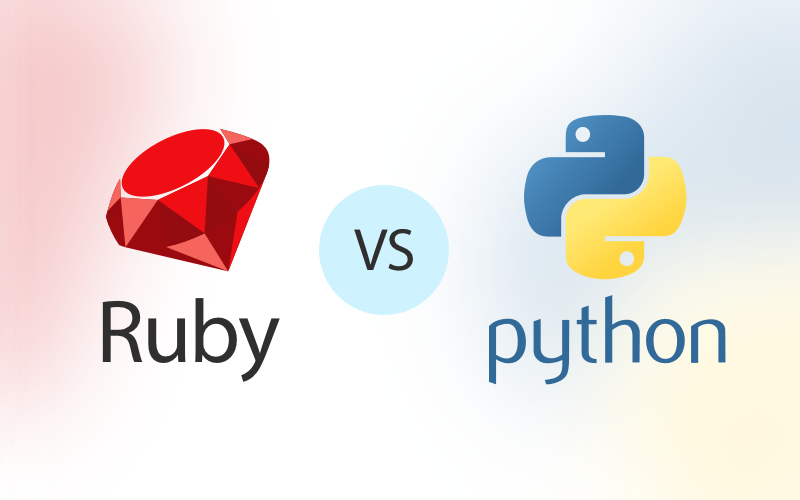 NIX engineers answer the eternal question, “Which is better?” and the opponents are Python and Ruby.

The experience of our team working with neural network speech synthesis using the Tacotron 2 Architecture. 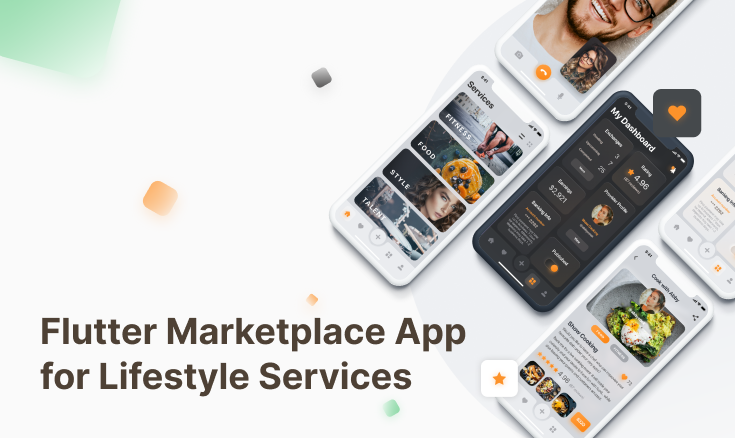 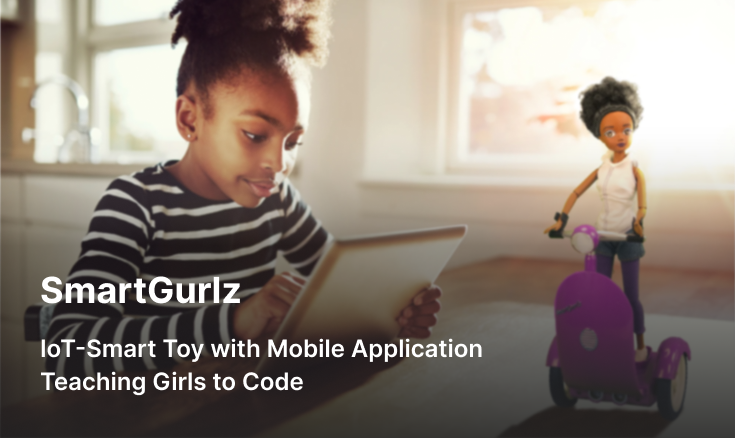