All You Need to Know About Mobile App Testing 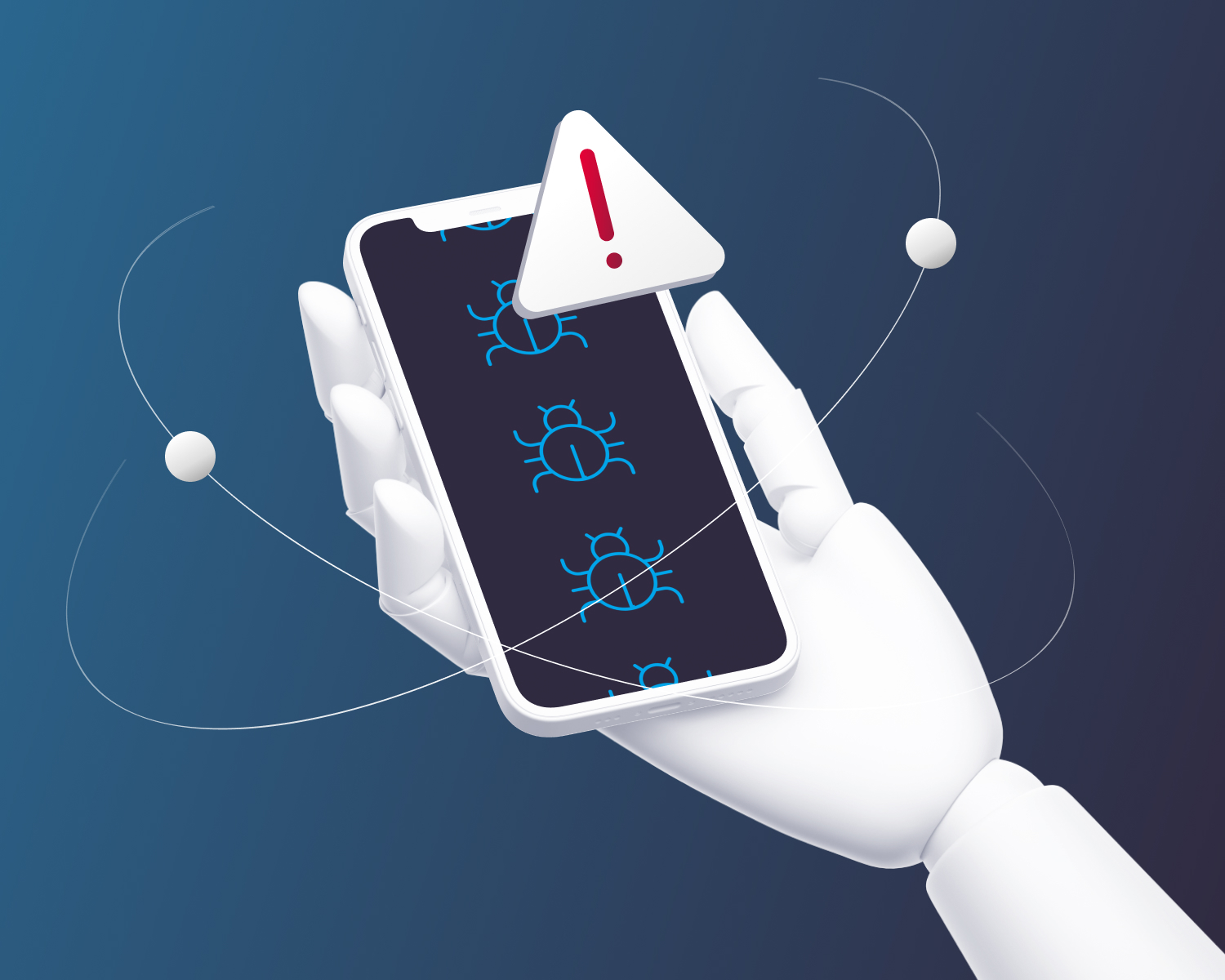 There are about 8.9 million mobile applications in the world. While some of them have a large user base, many are still unknown, or worse, infamous for being bad. If you look at the negative reviews, the most common reasons for that are multiple bugs, issues with installing the app on certain devices, and poor UI and UX.

The market is overly competitive, so to succeed, you have to ensure the quality of your app by conducting a thorough mobile testing process. It will help to ensure that users have the best experience possible while delivering the promised value.

What is Mobile Application Testing in General?

Mobile app testing is one of the essential stages of the development process. During this period, the application is subjected to all the plausible conditions it would operate at and to every possible (and impossible) action the user might perform.

During the app testing, you’ll be able to determine whether it is up to your standards in terms of quality, usability, performance, loading speed, whether all the intended functionality is in place and working properly, and more.

It is also important to make sure that the app meets all the business requirements, industry standards, and user expectations during mobile application testing.

The Importance of Mobile Testing

Ignoring the process or not spending enough time and attention on it can result in an application full of issues and inconsistencies. In this case, it will most likely suffer the fate of many applications on app stores – being lost and forgotten.

Before the testing process starts, QA engineers conduct a thorough analysis and answer a few important questions. The answers will determine the mobile testing requirements and shape the overall process. Here are the key considerations that need to be made:

To determine the mobile app testing approach that needs to be used in each particular case, first consider the type of the application. The classification relevant to this topic divides the apps into native, web, and hybrid apps.

Native mobile applications are developed specifically for a particular mobile platform. This software is usually installed on the device via an official app store (Google Play Store or Apple App Store), and can only be updated through it as well. Generally, they don’t need a constant internet connection to function and perform fairly well.

Web applications, on the other hand, are cross-platform and do not need to be installed. They are accessed through the browser, thus requiring a continuous internet connection to operate without any hiccups.

Hybrid apps are a combination of both types – while they are written using web technologies and are cross-platform, they look like native applications, need to be installed, and can work offline.

Different application types require different tools for mobile testing. For example, an iOS app and a hybrid app can be tested using the Appium framework, which is not compatible with web apps. For a web application, Selenium would have to be used.

Your Target User Base

The age and preferences of the target audience impact the variety of devices they will use the app on. It is essential to determine early on before you start conducting mobile device testing, especially when it comes to testing the Android applications. The variety of device providers and versions is immense, so it is unreasonable to test the app on all of them.

If you know the specification of the devices your users work with, namely the screen size, the storage capacity, the RAM, and the chip characteristic, you will be able to identifydesign issues specific to these devices early on, before you get any complaints.

Another question you need to consider is how to test a mobile app. Automated testing is performed with the help of one of many automation tools on the market, where testers write an algorithm for various test cases. On the other hand, manual testing is completely done by a human.

Both approaches have certain merits, just as both have their disadvantages. For example, automated testing is much faster, and it provides an easier way to perform similar repetitive tests, which can exhaust the attention span of a human specialist. However, automated testing performs worse if an error is hidden from plain sight. A manual tester can deduct the best approach from experience or check the test case intuitively to find such an issue, but it would take them more time.

A hybrid approach can be applied to balance the advantages and disadvantages of each method. Still, the final choice should depend on the specifics of the application. For example, if there are a lot of similar elements that have to be tested, there is no need to reach out to a manual testing specialist.

If there is any trouble deciding on automated or manual testing, which testing framework to choose, etc., NIX United is ready to help you. Contact us, and we’ll assist you using our extensive experience in the field.

First, these include testing if each feature works as intended, using them in different conditions. Second, there is UI testing that focuses on checking the different menu options and settings, testing each button and interactive element. In addition, there is business flow testing, which works with analyzing the app navigation and optimization of the user experience.

This type of testing is easier to automate. Before the start, certain standards and test metrics need to be set up, as, without a clear milestone, functional testing can iteratively continue for a very long time.

Non-functional testing deals with checking whether other aspects of the application are up to standards. It includes performance testing, during which the application is tested with various types of network connection (3G, 4G, Wi-Fi, etc.), different modes of battery consumption, and overall with various hardware. There is also stress testing, which focuses on extreme conditions. Another important part of non-functional testing is security testing – checking whether the data used in the app can be accessed by a third party and whether it is vulnerable to any type of attack.

Real environment testing often means testing on a low-level resource device or with interruptions and bad network connection. These extreme cases will better showcase the potential issues with the app’s performance.

Even if a web application and a mobile app look and feel similar, the approach to their testing should be different. As they are developed using different technologies, they usually need different frameworks to get tested.

In this term, mobile testing is much more complex and requires more resources. During the testing, you need to account for different devices, OS versions, screen sizes, hardware specifications, and more.

At the moment, Android and iOS are the most popular mobile operating systems. The key difference between them that might impact the mobile test strategy in a major way is that iOS devices are exclusively produced by Apple, while the Android-based OSs are installed on various devices from different providers.

While it is essential to test the iOS application on older Apple devices, the number of Android devices that would have to be covered is much bigger. Such coverage requires more time and resources, thus making Android testing more challenging.

Mobile App Testing Trends to Watch in the Near Future

Just as development trends come and go, mobile apps testing trends change with time and adapt to the circumstances as well. For example, some major testing trends we’ve seen in 2021 and might still see in 2022 include:

Nix has been effectively testing software since 1994. Our team is well-versed in the most effective methods and approaches in addition to high-quality tools and the latest technology.

Whether you need help with mobile quality assurance full-cycle or just need some QA consulting, NIX should be your first choice. Contact us to discuss the details of your project and learn more about how we can help you.

Mobile application testing is a complex process with a lot of specifics and pitfalls. However, it is also an extremely important step that you cannot miss if you want your app to succeed. So, whether it is your first time developing an application or you have experience with mobile app development, you might need some help from experienced professionals.

NIX United can provide you with such assistance. In addition, we can help with custom mobile app development, help you learn how to outsource app development, and provide many other services. You can also find helpful info on our blog, including our advice on how to write a professional and effective mobile app business plan. Contact us to discuss your project!

What is Mobile Testing?

Mobile testing is a process of checking whether the functionality of the application works right, and overall whether the app is up to your requirements. This includes checking for major bugs and issues in various situations, both in common processes and unique actions users are not likely to perform. This also involves checking the usability and accessibility of the application, making sure it’s secure and performs well.

Why is Mobile App Testing Important?

Mobile app testing has multiple benefits to its success. It will help to ensure that the app will satisfy the users, potentially reduce the number of negative reviews, and make sure that the application works correctly on as many devices as possible. In addition, it will help to ensure that your app is up to par with your competitors and that any sensitive data it uses is secure.

What are the Types of Mobile App Testing?

Dive deep into the experience of AI-powered assistants development that can help boost your business and encounter new opportunities. 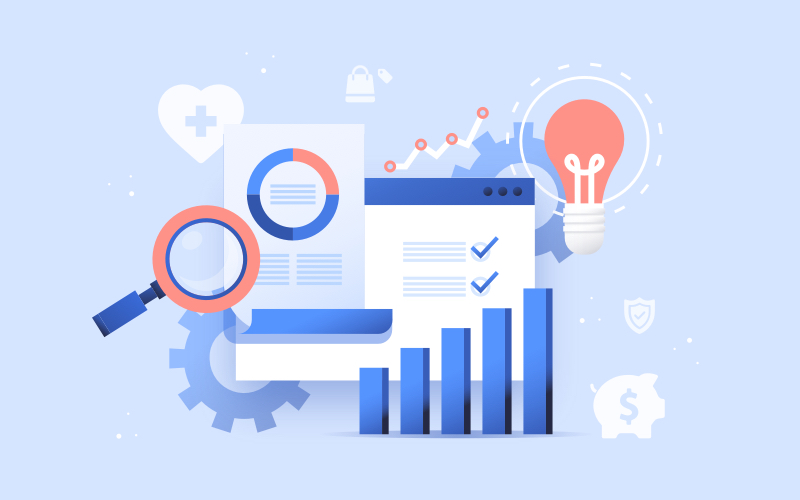 Learn about core BI operations and the benefits of introducing business intelligence in manufacturing, insurance, banking, retail, and the public sector. 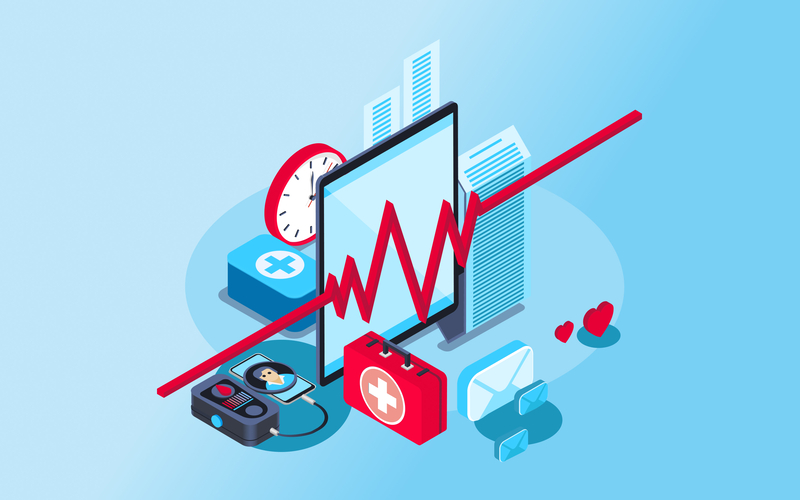 The Impact and Trends of Digital Transformation in Healthcare

In this article, we will explore the technological advancements in healthcare and discuss which technologies can help the industry transition to the digital age.