iOS 13 New Features — How Your Apps Can Take Advantage 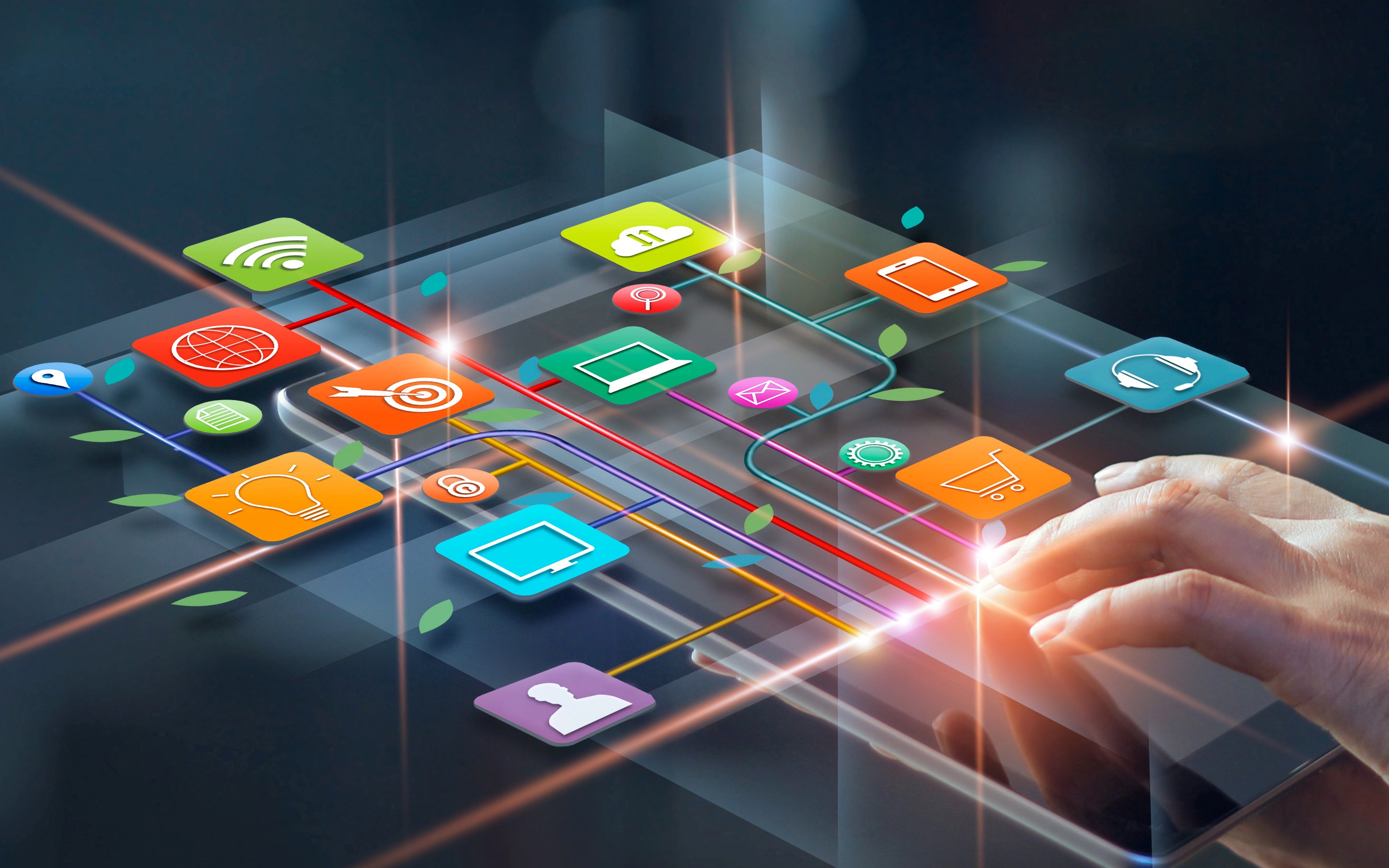 Apple’s new update is rolling out starting this September. According to iOS 13 beta release, we know the software brings lots of cool new features, and the amount of articles about iOS 13 expanded abilities is massive! But what about the application owners who are hoping to keep their apps user-friendly?

Our team of experts shared some insights about the existing threats, what owners of mobile products have to pay attention to, and how to take advantage of iOS 13 updates to boost their business.

Join Apple on the dark side, friends. It’s a must-have of every app now. Among new iOS 13 features, Dark Mode is the system-wide appearance, that users can adopt. This mode can be chosen as a default interface style, or a device can be automatically switched to it when ambient light is low. Your eyes will thank you later. 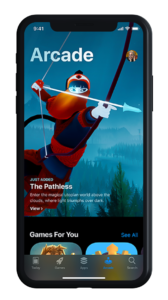 Since the system will operate in a brand-new way, all system applications will adapt to the chosen topic. If your app will also operate in this way, there is a chance to get featured on the main tab of App Store this September.

The biggest theme in iOS 13 is privacy. After releasing the latest version of iOS, Apple will make this way of logging in mandatory for all apps, where third-party and social logins are found. It’s high time to prepare the backend and user experience of your app. “Sign In with Apple gives you a fast, secure, and privacy-friendly way for people to set up an account and start using your services from your apps and websites. Sign In with Apple makes it easy for users to sign in to your apps and websites using their Apple ID. Instead of filling out forms, verifying email addresses, and choosing new passwords, they can use Sign In with Apple to set up an account and start using your app right away. All accounts are protected with two-factor authentication for superior security, and Apple will not track users’ activity in your app or website,” reports the official site of iOS 13. 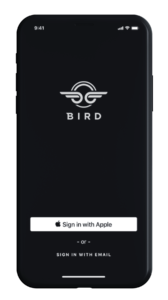 Apple makes signing in easier, but there may be some hiccups. For instance, a user can re-generate a temporary email and lose access to the old account. So it is necessary to start the working process now and wait for updates about the service stability and flexibility.

This September, iOS 13 provides the ability all of us have been waiting for, namely to adapt your iOS App to MacOS, saving the code base for both systems. iPad applications can be moved to MacOS and be available to a large number of users.

Needless to say, the working process can be not all that simple and fast right away. We may have to change the logic and functionality of some features, but now we can already start thinking over the layout and prepare options for implementation. We have already had the experience of porting internal applications. With that in mind, we are here to help your apps!

Get ready to dive into the warm waters of the new Apple Augmented reality. There is a huge range of new iOS features. Support for:

For several years now, Apple has been putting more and more emphasis on this technology. The future is there! Medicine, entertainment, arming, service — there are serious advances related to virtual reality everywhere. 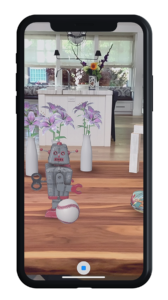 If your application does not have augmented reality models now, it is time to think about it. No matter what the application is about: if it’s online shopping, let your customers see how the product looks like in real-time if it’s a learning platform for children, let them interact in real-time and space, if it’s houses/landscapes/furniture designing, let your clients see it for themselves. See is believing!

Our team of designers is ready to help with the models’ animation and expert tips, and mobile developers will implement everything into the existing applications or creating from the very beginning.

The secret is out, and the SiriKit is getting a big upgrade too. “Siri can expose reservation information from your app in context and at specific times so the user can take relevant actions based on the circumstances. Your app donates a special object that contains information about the reservation that can be sent to the user to allow them to confirm a hotel reservation, remind them to check-in for a flight, help them return a rental car, and several other options. Siri provides users with the ability to launch your app with user activity and time frame information. For instance, a flight reservation app may provide users the ability to check-in for a flight starting 24 hours before the departure time.” 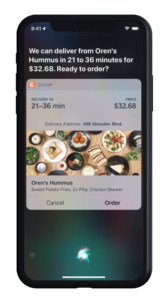 Note, that not every app can implement this feature, the developer team has to analyze and decide to do it, but the implementation will bring a new level of interaction with your app users.

Here is one more ios 13 upgrade. It’s the ability to use a Speech Recognizer locally on iOS or macOS devices with no network connection. 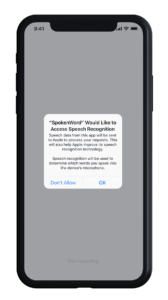 Earlier, for the speech recognition function in your app, the user has to have an Internet connection. But in iOS 13 Apple added the ability to use Speech Recognizer offline with more than 10 languages available. Additionally, online user has a larger range of languages — more than 50. Speech recognition API also has richer analytics including speaking rate, pause duration, and voice quality.

The new iOS 13 brings one more incredible feature: allowing to display content in a different way. “For example, the Calendar app can display the appointments for a specific day and for an entire month side by side. On iPad, the user can also display multiple instances of your app side by side.”

You can prepare applications for such a useful function right now, and then only collect rave feedback from customers. We can advise which applications need this feature the most and then implement it.

iOS 13 public beta shows, that Apple added a new type of accessibility — Voice Control, which clearly, allows you to manage the application with voice. Apple strongly recommends making your apps accessible to everyone, including people with disabilities. How to do it? By implementing as many features as possible for such users. Adding accessibility to an application, you increase the audience of your application!

After iOS 13 beta introduces a number of changes for how developers are able to use user locations, some of them started to criticize Apple’s changes to location permissions in iOS 13 as ‘anti-competitive.’ According to a copy of the email reviewed by The Information, “In an email to Apple CEO Tim Cook last Friday, the leaders of seven app developers outlined their concerns about the company’s new restrictions on location-tracking apps in a forthcoming version of the iOS operating system.” 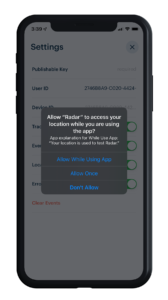 With iOS 13 update, it will not be possible to allow location tracking from the permanent menu all the time, the button will be replaced by an “allow once.” Also, the permission flow and its rights will change, some of which will be called by the system.

Due to these changes, some iOS 13 beta applications have been noticed to be crumbling, and this can seriously affect the application’s performance related to tracking the user’s location

So, for applications, tied to tracking locations (especially where it is a key feature), it is important to revise the implementation or introduce additional notifications for the user to enable tracking. Our developers can recommend how to operate in such a situation, so no worries!

Another thing you have to pay attention to, is that iOS 13 cracks down on developers using Bluetooth and WiFi network details to estimate a user’s location, except in certain situations. So double-checking the correct operation of the application is absolutely mandatory. New permissions will be added to work with Wi-Fi and Bluetooth, so it is necessary to work on this as well. Otherwise, this functionality may not work correctly.

Another upcoming new iPhone update is an available App Store on your Apple Watch, you don’t need your iPhone to download apps. 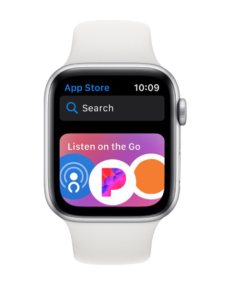 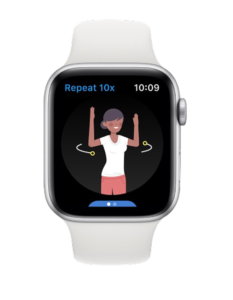 Apple also announces a few capabilities, so now you can get extended runtime as well as access to motion, location, and heart rate. It is a brand-new segment for independent Watch apps.

Apple suggests to “use the Background Tasks framework to keep your app content up to date and run tasks requiring minutes to complete while your app is in the background.”

So now users don’t have to open the app upgrade content and do activities. iOS 13 brings the possibility when the system itself will launch your app in the background and execute the tasks in the foreground.

“This new framework is used for tasks like cleaning a database, updating a machine learning model, or updating the displayed data for an app, and other deferrable tasks that are better done in the background. It makes efficient use of processing time and power, and run tasks like these when the device is in idle condition.”

So now you can engage users physically and with audio feedback! Just use haptics and get attention. If there are any special actions in the application that you want to pay the user’s attention to while interacting — now it can be done even more conveniently. This improvement can easily make the application stand out from the rest.

Subscriptions in the App

For those who actively use subscriptions, the following iOS 13 innovation will be valuable. Previously, after removing an application, users continued to be charged for a subscription unless they disable it manually. The disconnection process was not easy because the subscription screen was far inside the App Store.

New iOS update will have the following flow when deleting the app: 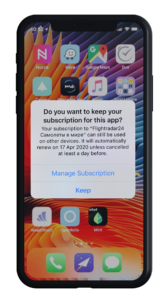 Therefore, if some logic or pop-ups with the inside app alerts, now it is possible to reconsider and change it for iOS 13 users.

There are different views on the implementation of new features. Of course, it is great to implement everything that is mandatory in one application. Of course, it is cool to improve the application and make it more user-friendly, but implementing features just to be able “to get featured” is really not the best idea.

Apple, as well as all the users, are primarily interested in quality and interesting products, and it is more reasonable to think about the stability of the application, adding new metrics, monetization.

We can help you to identify problem areas and fix them. It is much more important to maintain a high average rating of the application after the release of iOS 13 than implement all the updates.